Ashe is a transplant from Boston. She grew up there with her twin brother and her parents. She was a pretty bright child, with a pretty bright future. She didn't get to figure out just how bright her future was going to be, as Fate had other plans for her. A month after she lost her twin brother, she was abducted into Arcadia and The Marquis of the Flesh Crafted Army was her Keeper. While she was there she learned to be unseen and to collect information. She escaped when she was 22. From there she tried to work with her father, but not being fully anymore forced her to acquire a new home. She moved to Fort Brunsett and opened up the Whelan Chronicle. Since then she's been heavily involved with the Autumn Court and was there at the founding of Fate's Harvest. She is the Custodian Elect which heads the Custodians subgroup of the Freehold. 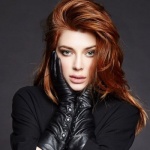