“Noble dragons don't have friends. The nearest they can get to the idea is an enemy who is still alive.”
– Terry Pratchett

Are you willing to weigh your heart against a feather? Weaver damn sure isn't. This Ogre has little in the way of morals, and is willing to do almost anything for the right price. As an Utridge he lives the life of a lazy socialite. He enjoys a good time, good alcohol, and good company. Among the Lost he's a man of ill repute that enjoys taking whatever may suit his fancy. He does procure things for others and for the right price, but the things he takes for himself are rarely ever seen again. 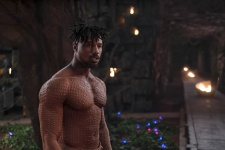