“Fear doesn't shut you down; it wakes you up.”
– Veronica Roth, Divergent

A very average child and teenager, Ben Utridge's name only popped up after his 20's and only among the underground backalley fights in and around Fort Brunsett. He was a good fighter. Won quite a lot of fights and earned a bunch of money that he used to spend in drinks and parties. To the common folk, and to those that didn't care about the gossips, he was a playboy that used to frequent the college eventually just because his family forced him to. Usually seen drunk around the upper class parties and balls and all forms of events with other young rich men, he was a very terrible person. /fetch_on/ After a really terrible event when he was missing for 48 hours after a huge party, his familly forced him to be an adult and used the family money to build him his own business. A motel called (surprisinly) 'Little Maple Motel' in I-89 close to Little Maple Hill residential area in the outskirts of Fort Brunsett. The years and the burden of leading and managing a business weren't enough to turn Ben into a real man, responsible and serious. He continued being a bon vivant and irresponsible and his business was almost in the edge of getting closed for lack of money. Only after a terrible car crash things finally changed. He almost got himself killed and got a severe amnesia that erased almost 20 years of his life and completelly destroyed his favorite car. /fetch_off/ The Ben that came out of the hospital was different one. Very surprisinly, he suddenly became mature, responsible and centered. But the trauma also made him a bit distant, cold and very intimidating. But despite all that, now the new Ben is trying to save his business and find 20 years of lost memories, including reconnect with his family and the few friends he doesn't know he has. 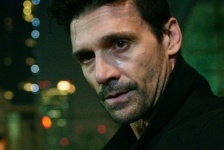 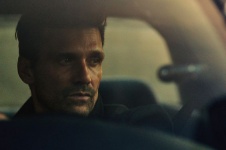