“Get a shot off fast. This upsets him long enough to let you make your second shot perfect.”
– Robert A. Heinlein, "Notebooks of Lazarus Long"

Mortal: Easily overlooked and barely noticeable most of the time. A very few people might be aware that he is a gunsmith who can customize and make firearms.

Lost: John is a quiet man who often lurks in shadows and doesn't speak up often. He's hard to spot, unless he intends to be seen. When he is seen, his mantle is quite stark, and his flesh seems to be almost translucently pale, a stark contrast to the black clothing he almost exclusively wears. 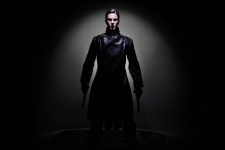 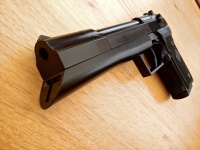