“It was then that I realized hatred no longer drove me. I was at peace, and my peace made me strong.”
–James Zapata

Masamba is all he remembered. He doesn't quite remember where his home was, nor what his name used to be. However, that name was what drew him back. At some point in the past he was caught up in trying to find the source of it, but has long since given up. What he fell into was fighting. It may have been for a cause at some point, but now he does so for the thrill of it. The adrenaline rush and the challenge. It didn't take him too long before he became the best at it where he came from, and in turn he became a Champion. Some things have come up, though, and he's been forced to move around until he's found the spot just right for him. As of the last few weeks he's settled on Fort Brunsett to see what bloody mess he can get into now. 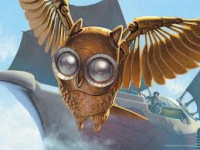